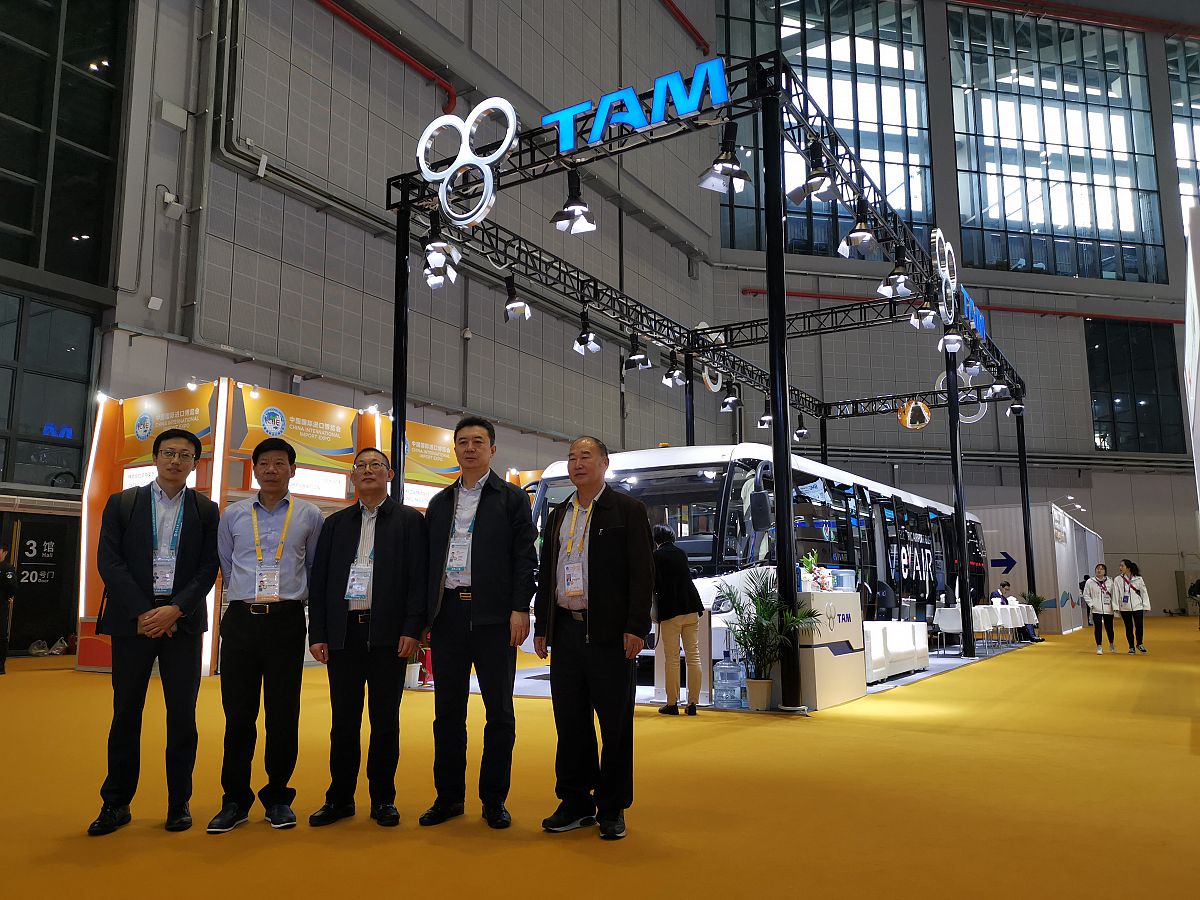 China International Import Expo (CIIE) 2019 started on 5th of November at National Convention & Exhibition Center in Shanghai. CIIE is the first dedicated import exhibition in the world. It is a historic opportunity for companies from around the world who can introduce themselves to the Chinese market and explore opportunities for local cooperation. The total exhibition area of the CIIE exceeded 240.000 square meters and attracted about 150,00 professional purchasers from over 100 countries and regions.

Mr. Liu Haitao introduced the e-VIVAIR2 to the visitors.  Zero exhaust emissions, low noise pollution, braking energy recovery, fast charging and solar roof system which can provide passenger space with the largest passenger capacity in the world are just some of the key advantages of our bus. All the directors agreed that it is vital to continuously strengthen scientific and technological innovation and enhance the core competitiveness of our products.

Mr.Zheng Xiangping, general manager of Zhejiang Airport Group Co., Ltd. and Mr. Zhu Qian, deputy general manager were impressed by our e-VIVAIR2, saying, “I like this bus very much. I liked it the moment I saw it!”. 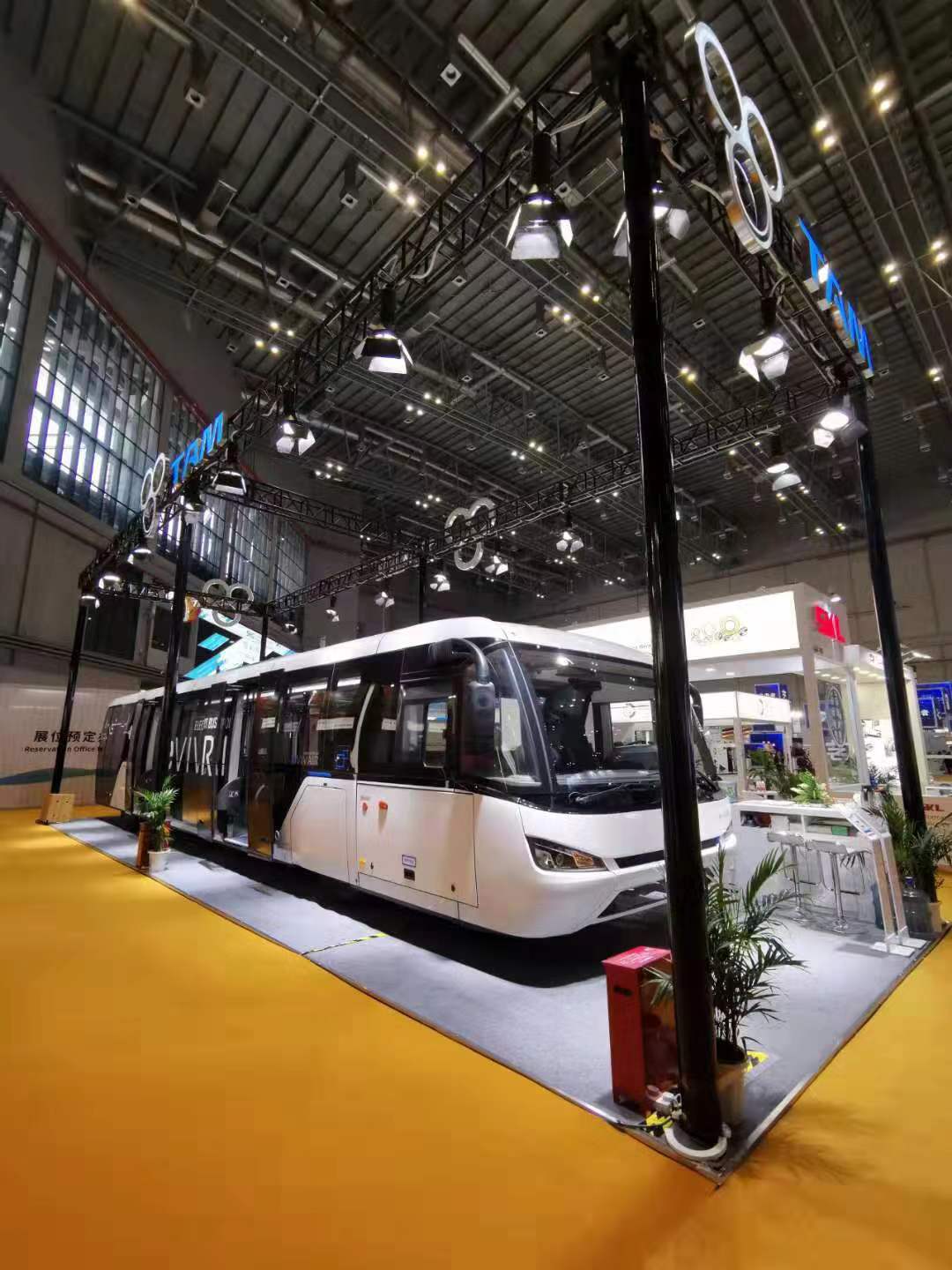 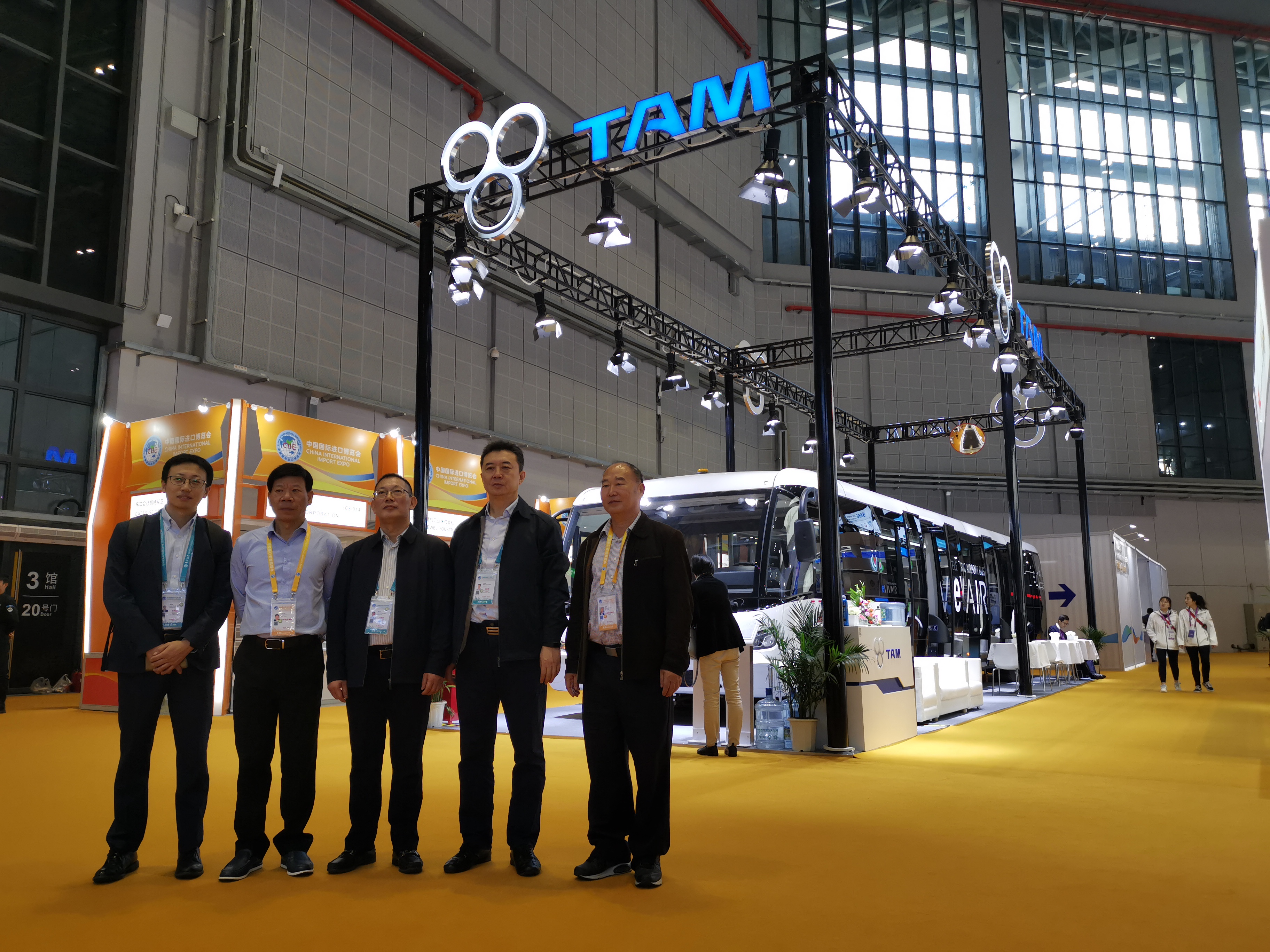 Leaders of the CHTC group 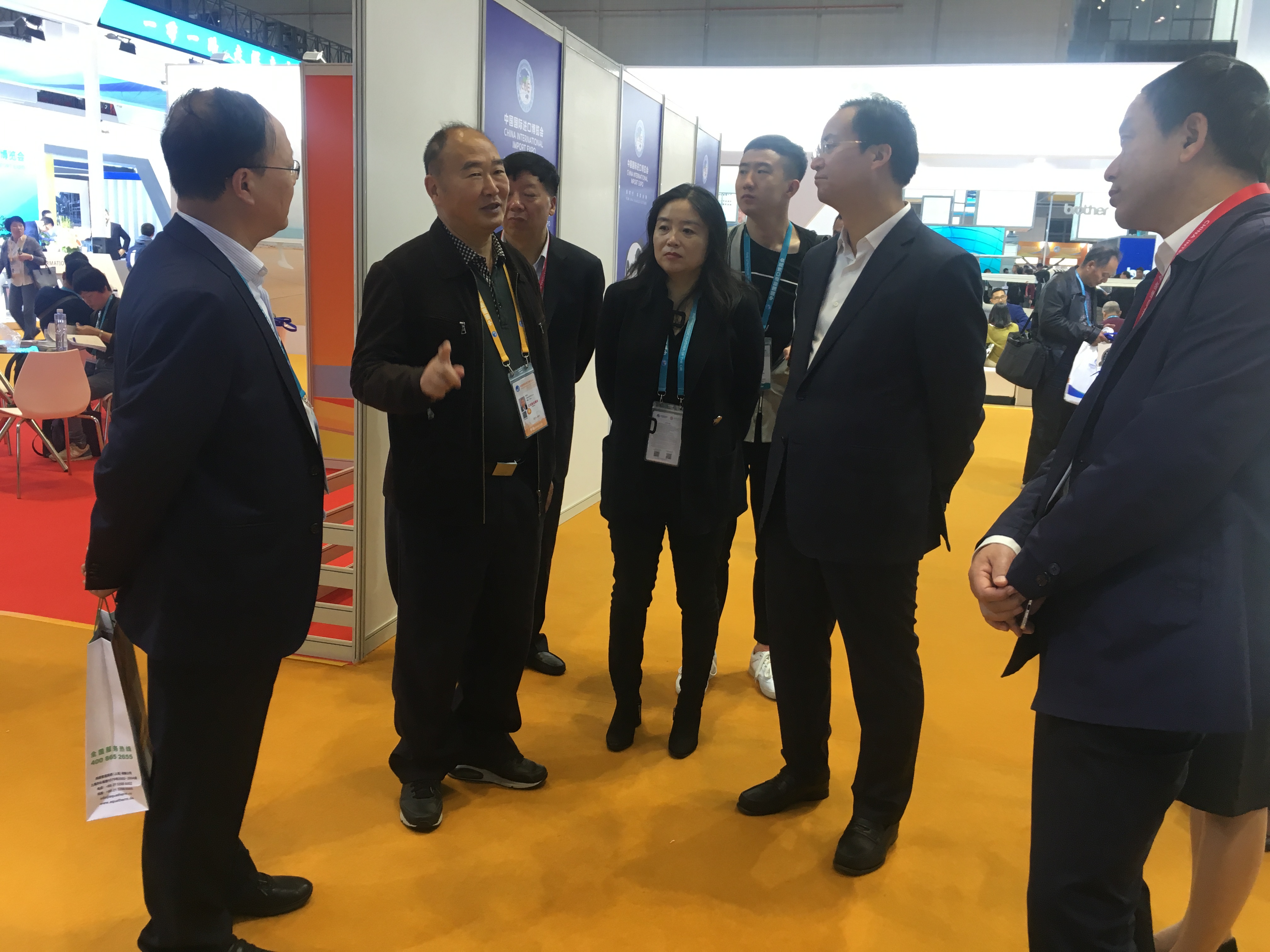 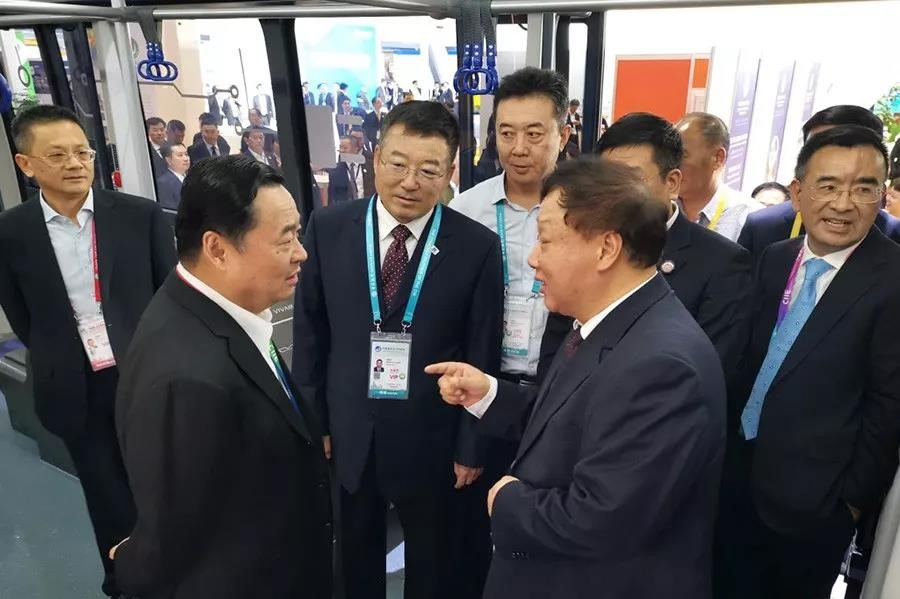 Leaders of the SASAC and Sinomach visited TAM booth 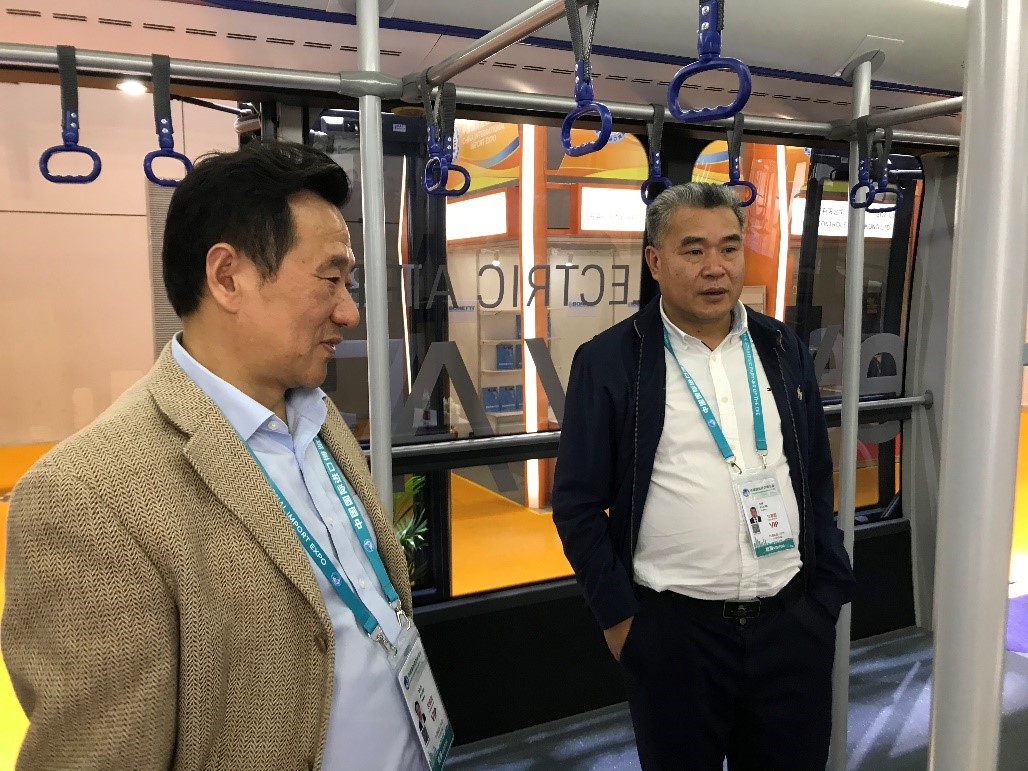 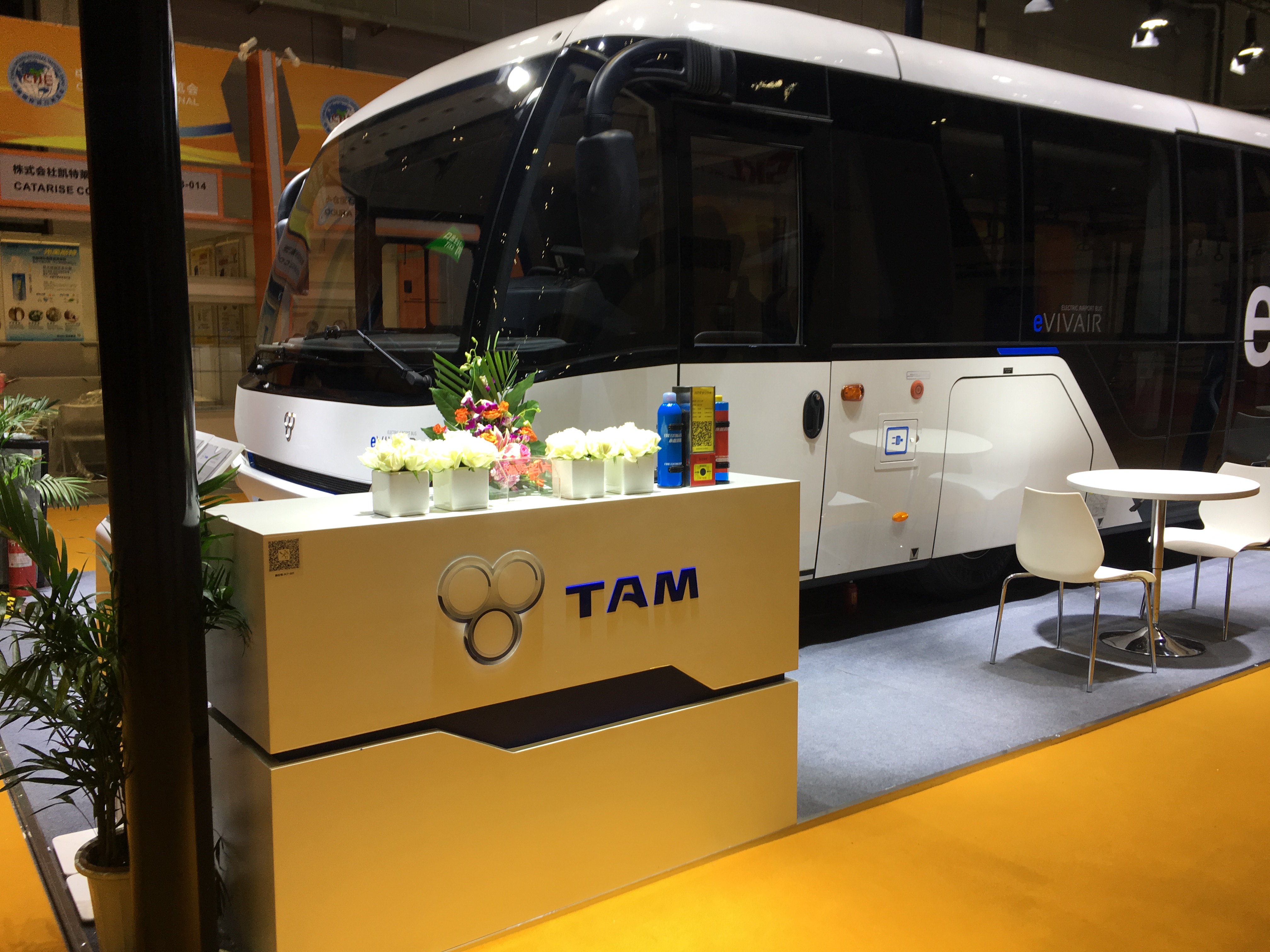 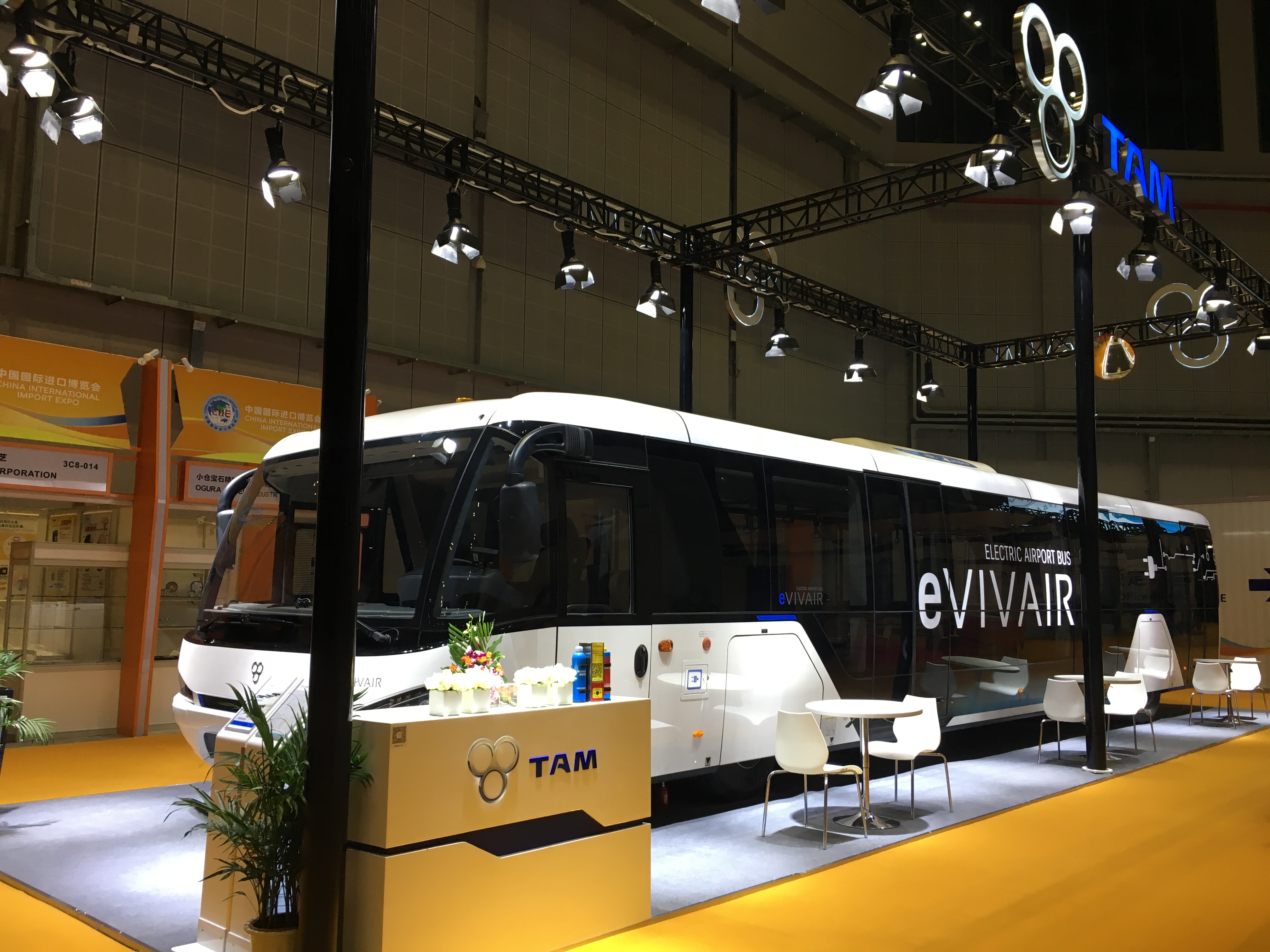 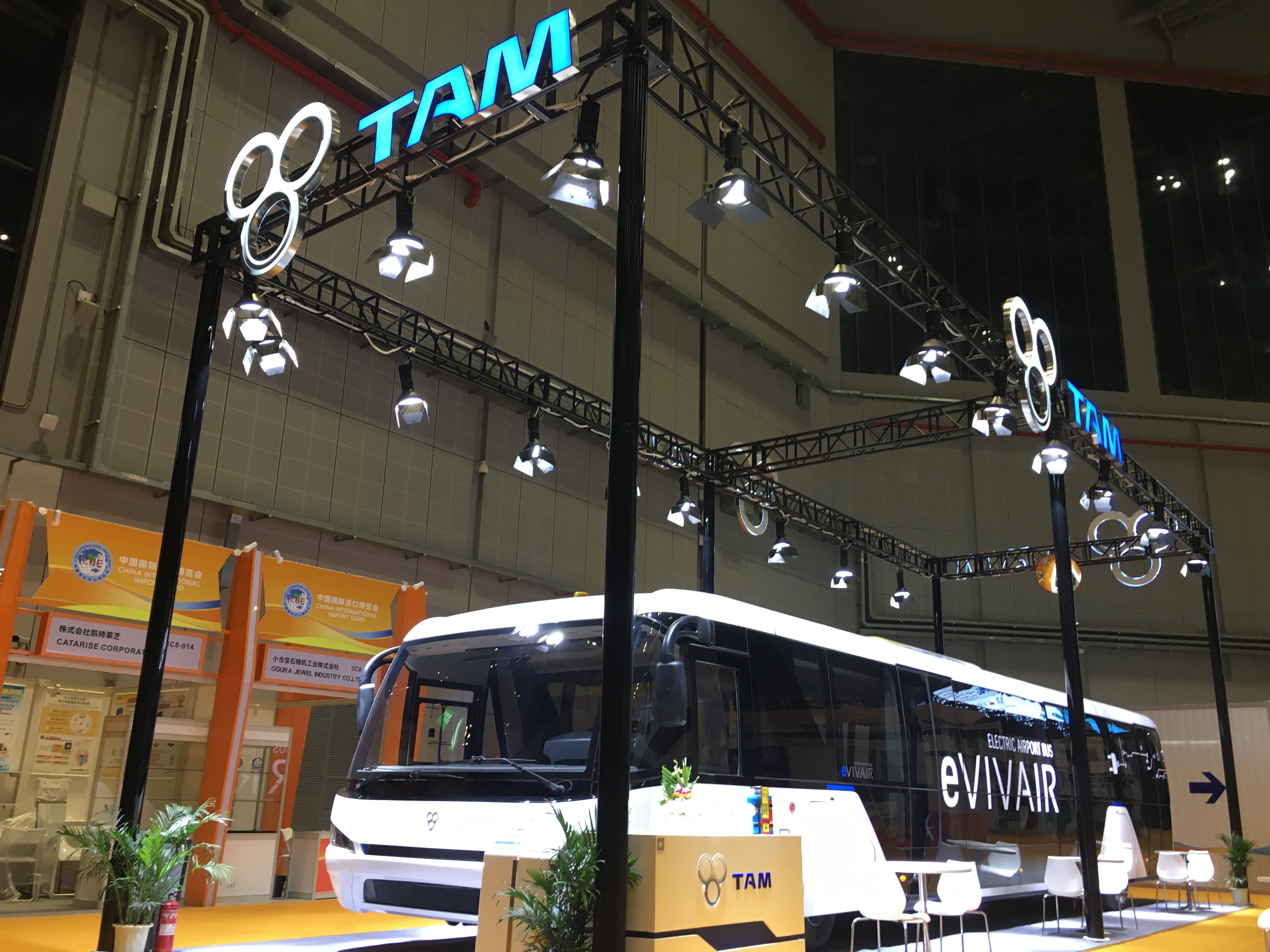 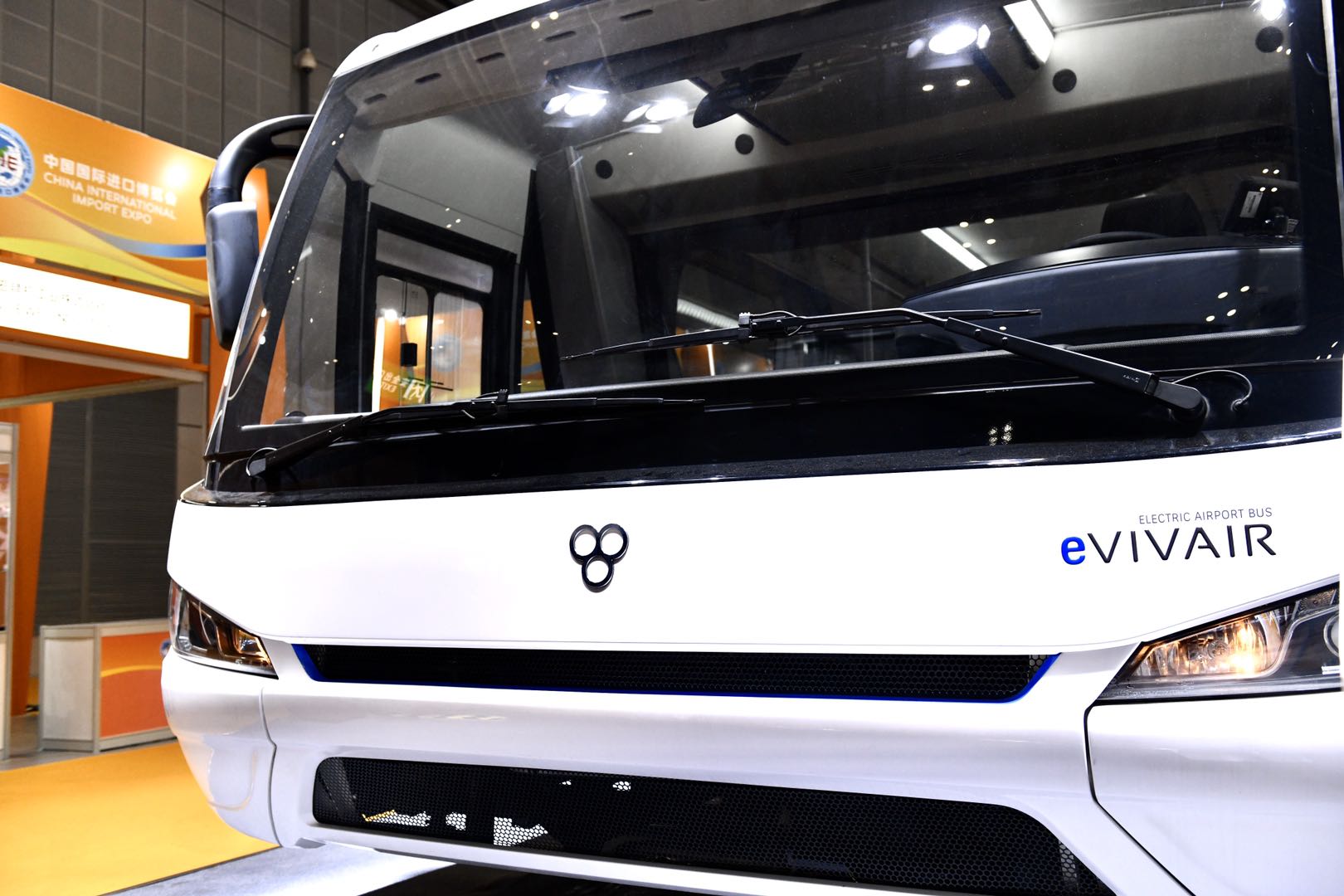 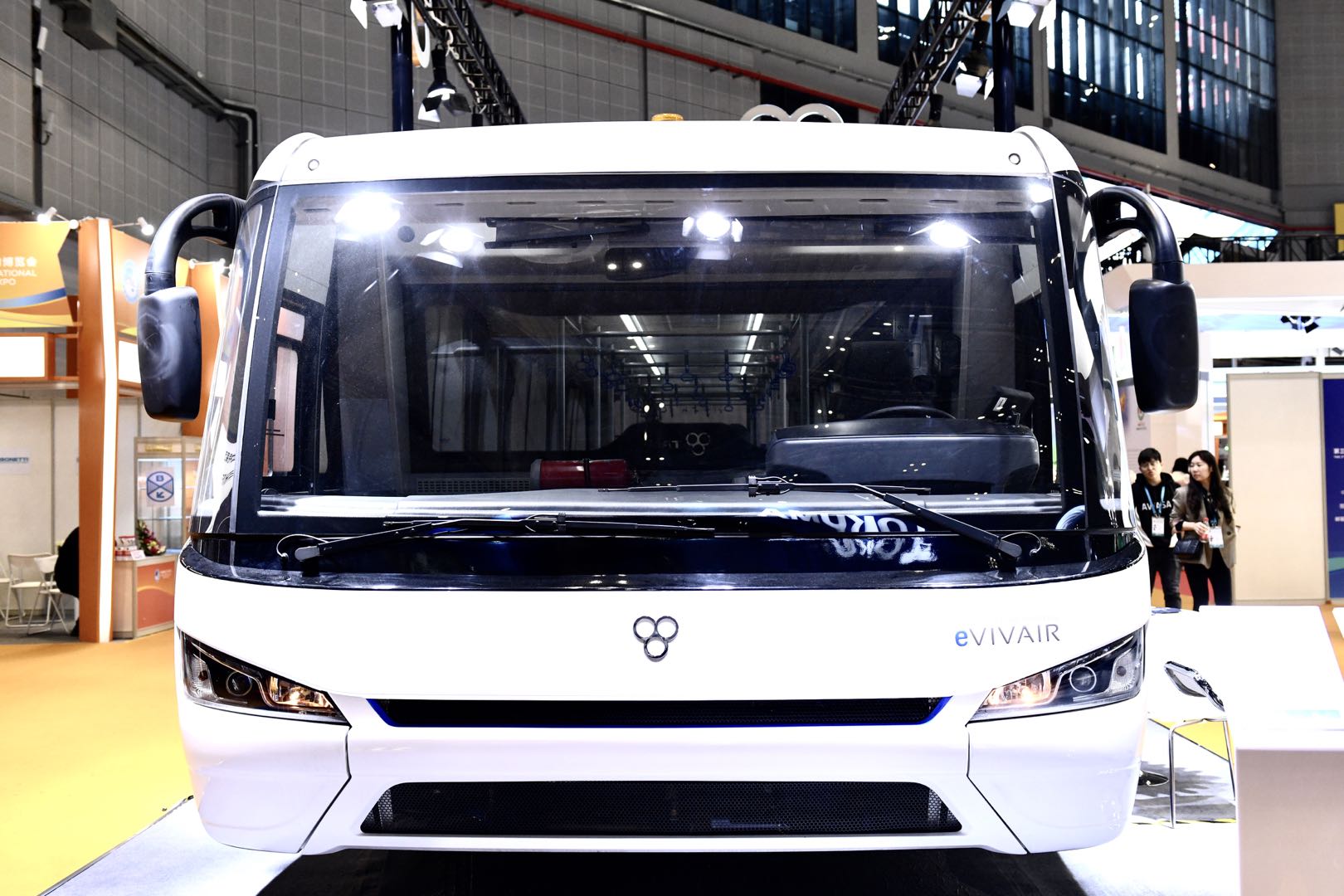 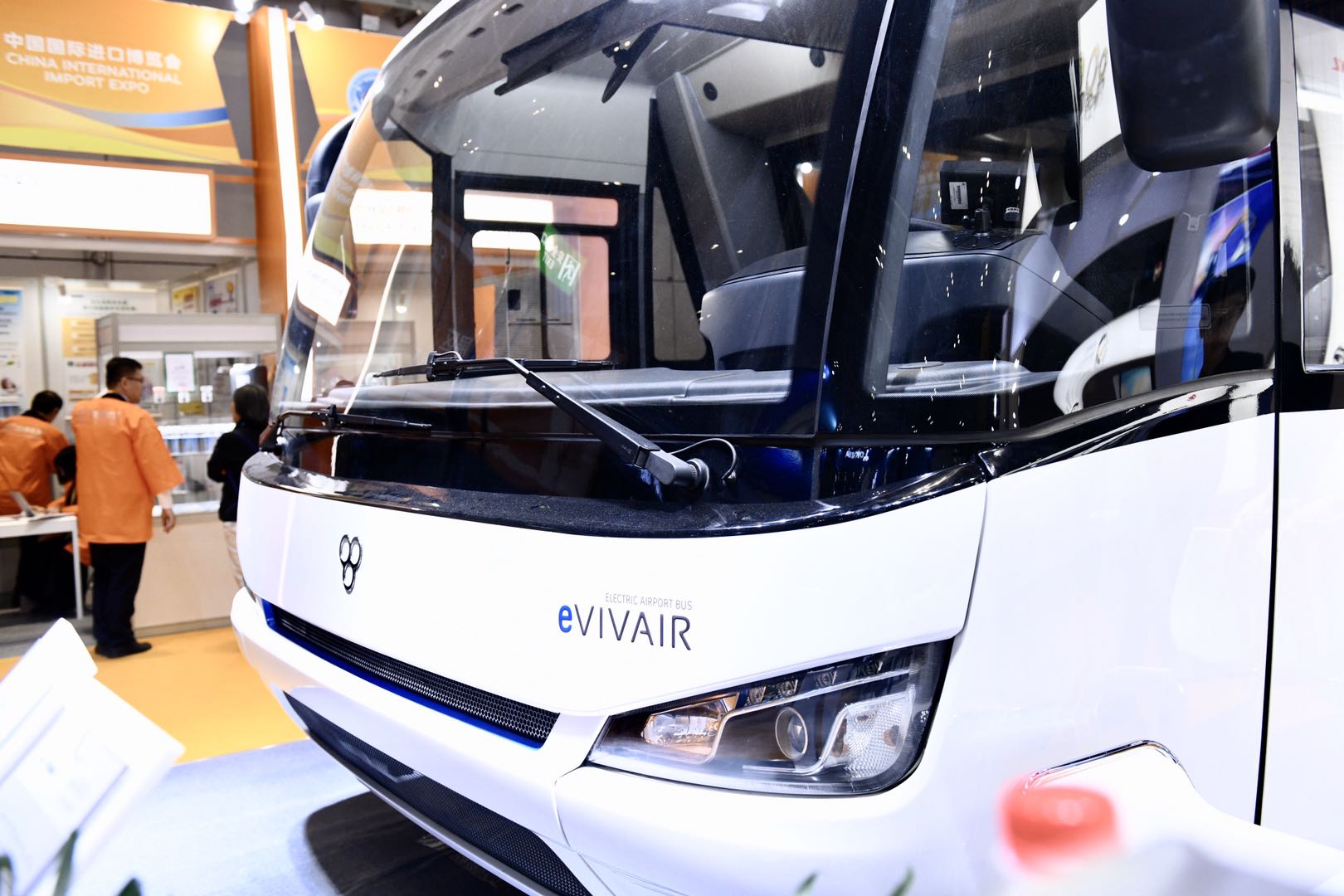 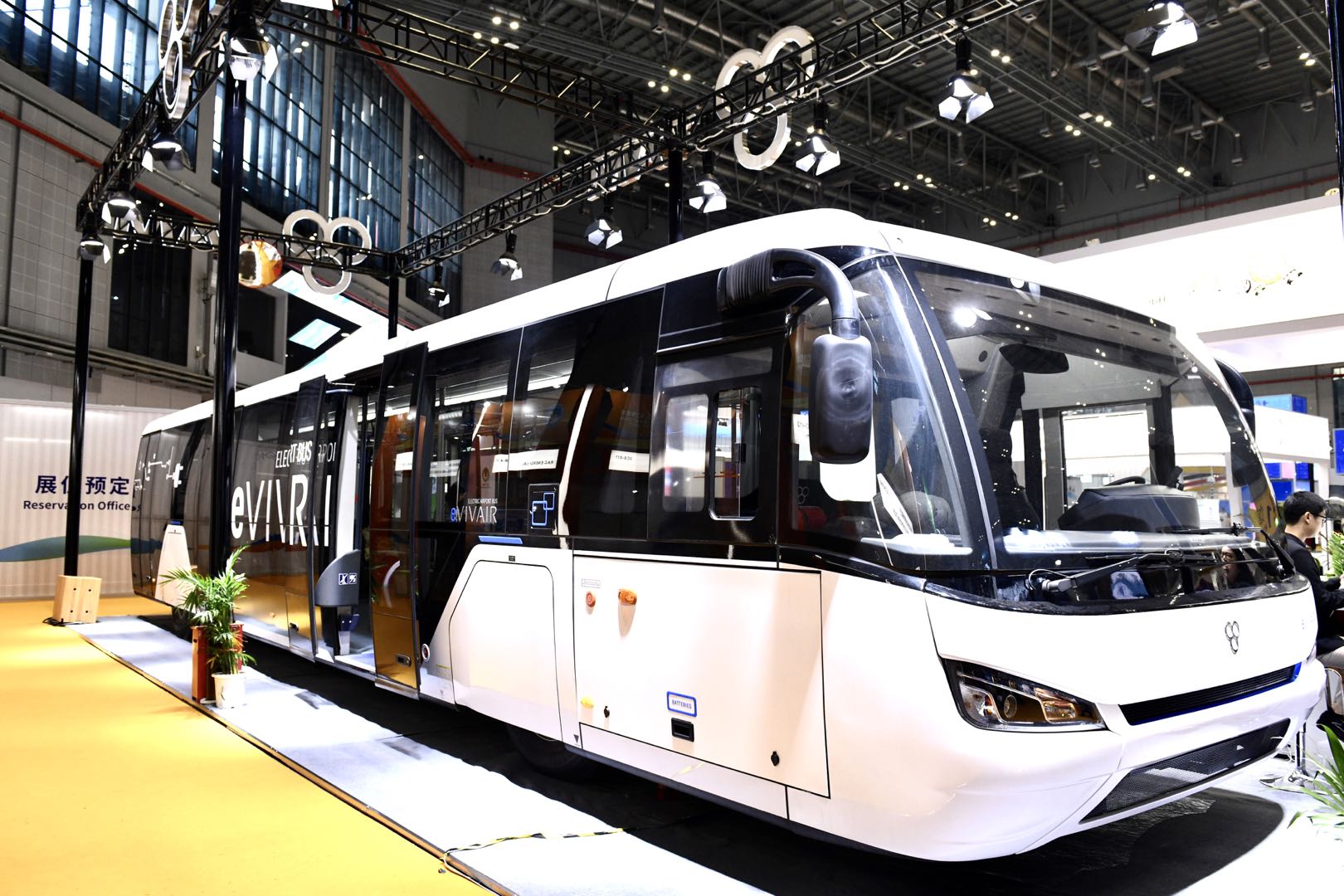 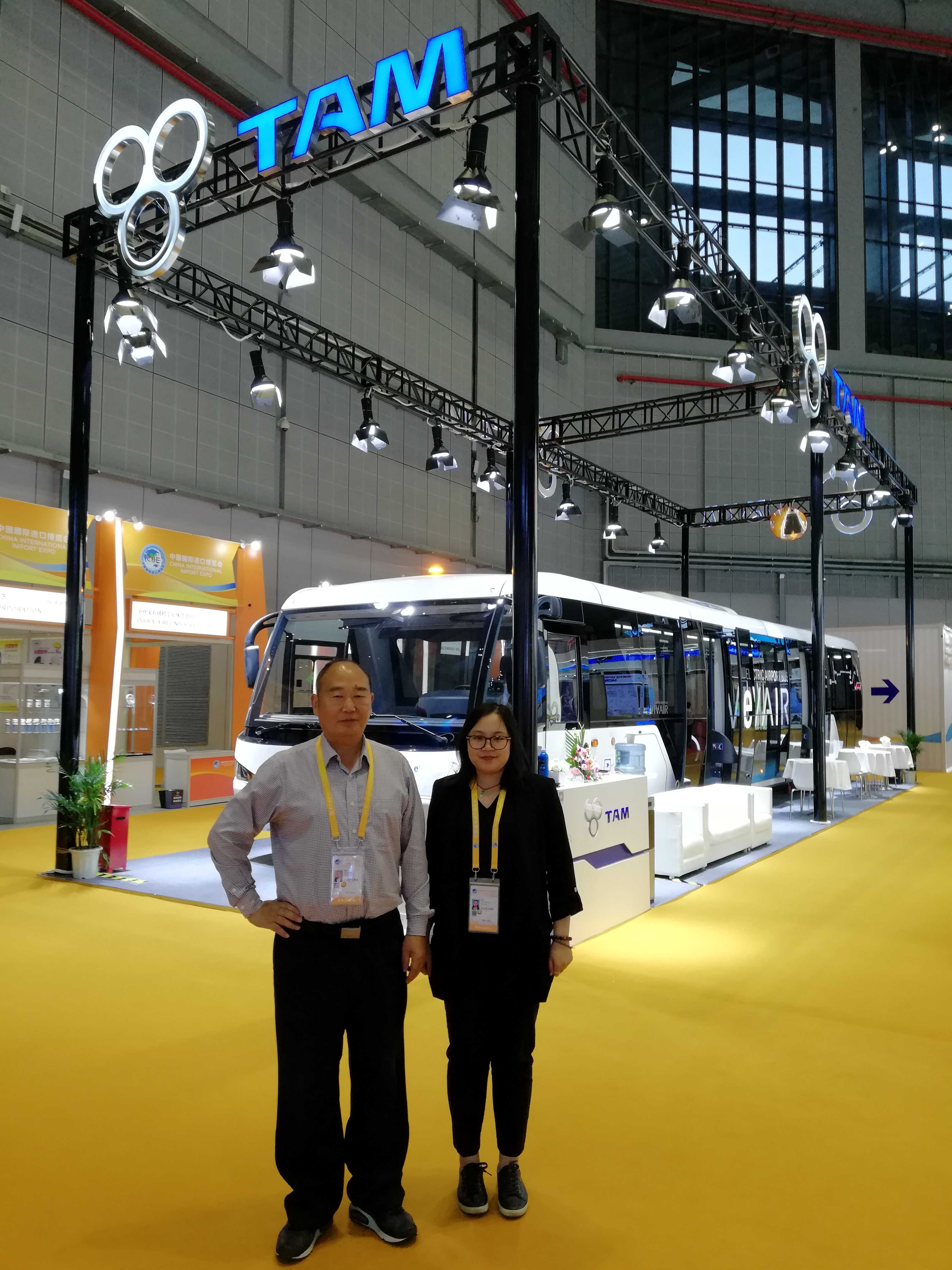